by leighwoods on February 25, 2016 in Adventure

Every once in a while, I have the privilege of guiding our service learning groups through Akagera National Park in Rwanda’s eastern province. The park encompasses the Kagera river which lies on the border separating Rwanda from Tanzania. Multiple biomes including mountain, swamp, and savannah give Akagera the rich biodiversity of life that people travel from far and wide to see.

Recently, the park introduced and released seven lions that were transported from South Africa, making them the first to prowl Akagera in fifteen years. Plans to reintroduce Black Rhino are also in the pipeline after the last was poached more than ten years ago. The reintroduction of this highly endangered species would restore Akagera’s status as an African big 5 game reserve (one that contains Lion, Leopard, Elephant, Rhino and Cape Buffalo).

Before every safari, there a few things I’m always sure to pack. Digital camera, binoculars, field guides, Camelbak water bottle and my Swiss Army Knife have always been must bring items, but now I have something new to add to the list. This was the second time I wore the Ozapato Santos on safari and once again they didn’t let me down. The conditions were hot, dry and humid, yet my trusty boots were able to keep my feet comfortable whilst withstanding the rugged terrain throughout the entire day! 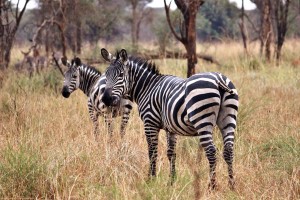 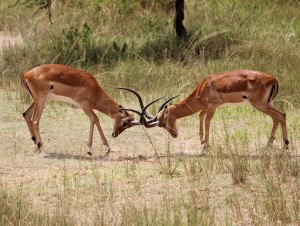 It’s rutting season! Two Impala in a bachelor herd compete for rights to fight the nearby harem leader. 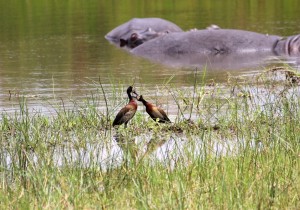 A rare sighting of White-faced whistling ducks whilst a raft of hippos rest in the swamp. 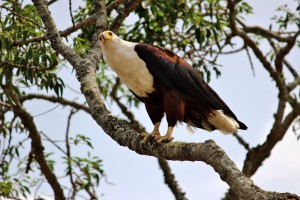 An African-fish eagle calling its mate just meters from our vehicle. 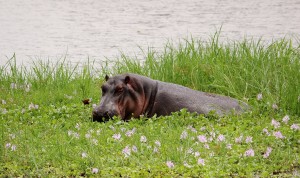 A grumpy hippo looks on as an African Jacana (Jesus bird) treads lightly across the lilies. 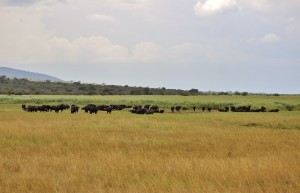 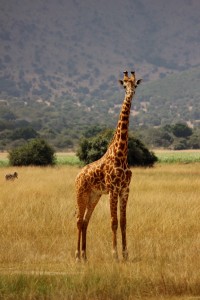 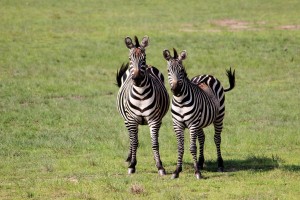 A pair of Burchell’s Zebra look on in the open plains. 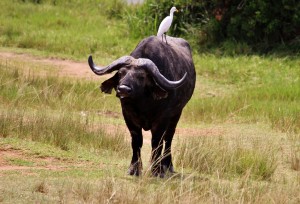 A perfect example of a commensalism between a Cape Buffalo and Cattle Egret. 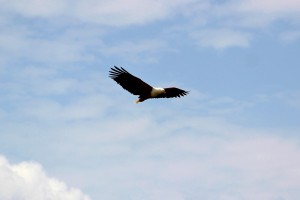 An African-fish eagle soars above a lake looking for prey. 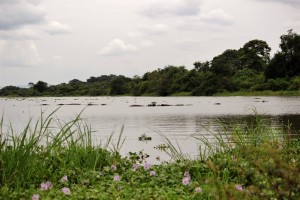 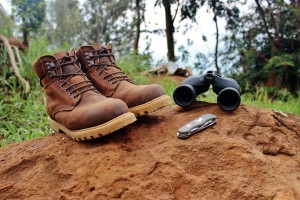